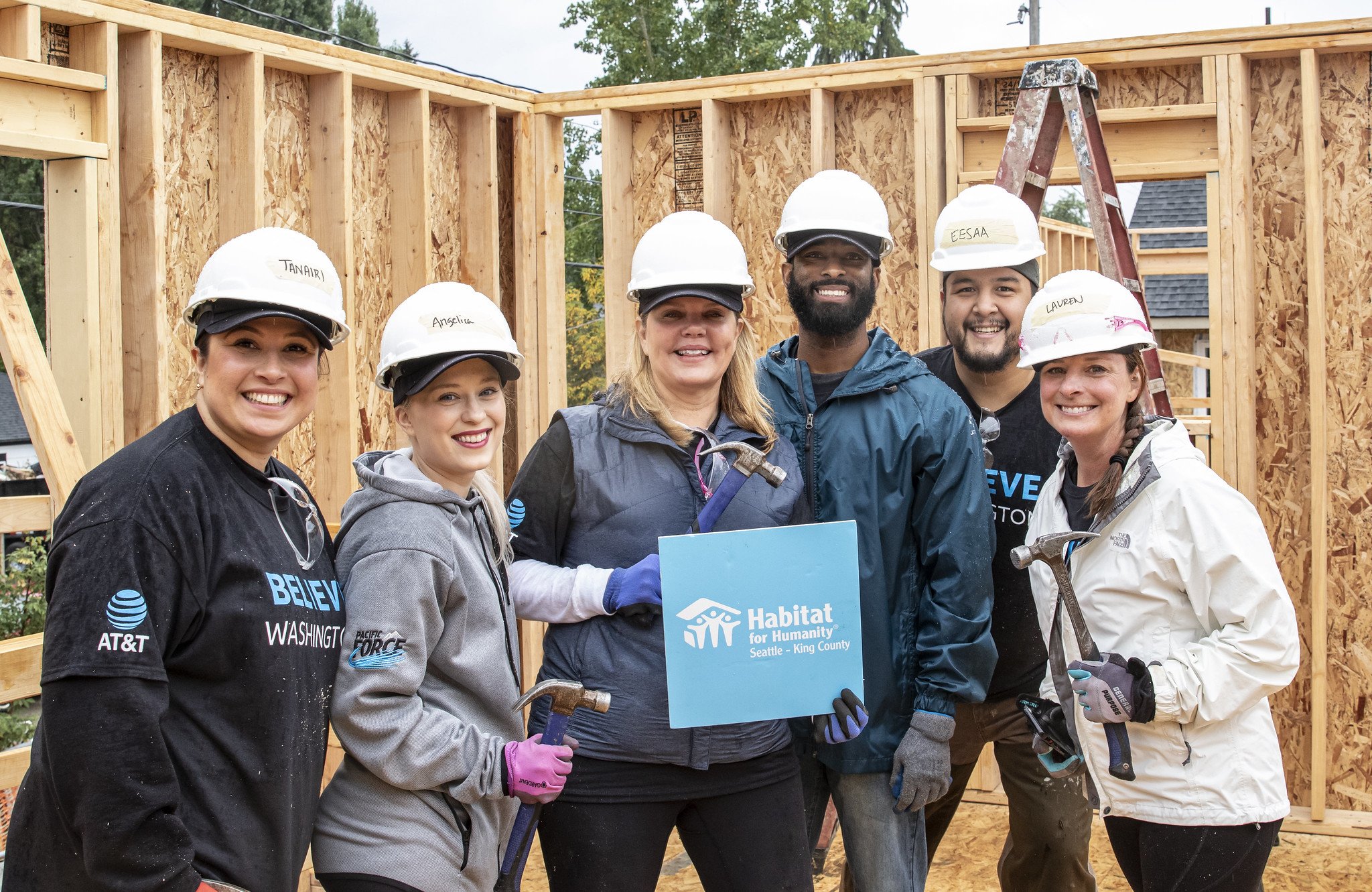 Since then, Habitat SKC has brought together thousands of community members each year to become part of the solution to our affordable housing need. Habitat SKC is dedicated to eliminating substandard housing locally and worldwide through constructing, renovating and preserving homes, advocating for fair and just housing policies, and providing training and access to resources to help individuals and families improve their shelter conditions.

From humble roots in 1970s rural Georgia, to meeting housing needs in now over 70 countries, the Habitat story has touched many lives.

Executive Board, Staff, and AmeriCorps

Every family has a story to tell, and for our homeowners, receiving keys to their first home signifies the beginning of an all-new journey to stability, community, and a brighter future.